Agrify partnered with Enozo, a company that has developed a sanitizing method for surfaces that uses aqueous ozone to kill 99.9% of harmful pathogens while keeping your workers, plants, and users completely safe using just water. A 99% kill rate and one of only three groups of antimicrobial agents registered by the EPA for public health use, you can rest assured that your workers and crops are safe.

Features of the Enozo Spray Bottle 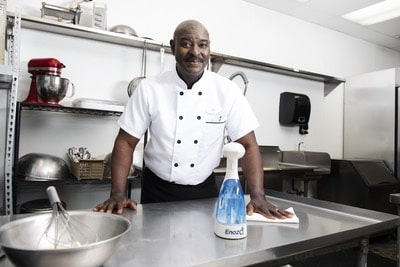 Aqueous ozone produced by Enozo kills 99.9% of some of the most harmful bacteria when used as directed. It has been approved as Generally Recognized as Safe (GRAS) by the FDA so you can sanitize confidently. 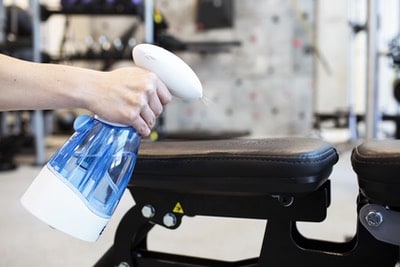 Attack unwanted odors with the use of Enozo’s aqueous ozone without the need for added fragrances or dyes. This is especially helpful to those with allergies. 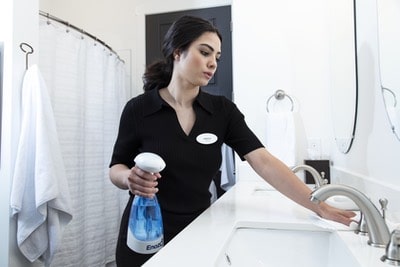 Enozo’s on-demand cleaning power eliminates the need for other synthetic chemicals and leaves no residue. Perfect for those with sensitive skin.

An Alternative to Toxins

Ozone is one of the most powerful oxidizers on the planet and works by attacking the cell walls of pathogens. 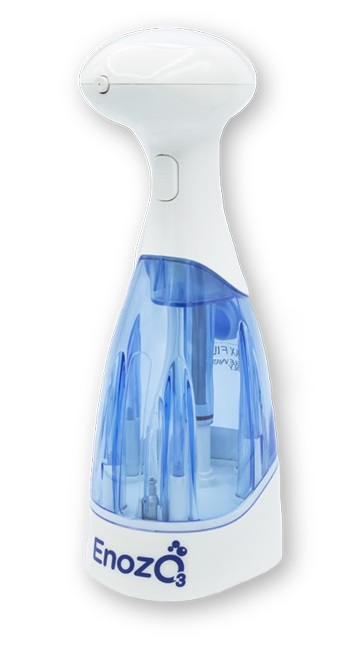 Simply fill the EnozoPro unit with water and spray down a surface to completely disinfect it.

Eliminate the need for multiple additional sanitizers. Using just Enozo, you can kill 99.9% of some of the most harmful bacteria like E. coli and Salmonella in just 30 seconds.

Aqueous ozone produced by Enozo is a non-synthetic cleaner that doesn’t need any added fragrances or dyes to sanitize and deodorize. Clean with confidence…and no added chemicals.

Using aqueous ozone compared to other chemical cleaners can help to reduce workplace illnesses and home hazards like irritated skin and allergic reactions.

Using the Enozo refillable, on-site generator of aqueous ozone helps to reduce your waste production as well as your carbon footprint. With Enozo, you can save money and help save the world!

With EnozoPRO, cleaning and sanitizing is a simple two-step process that only takes 30 seconds! Since EnozoPRO is a cleaner, deodorizer and sanitizer, you save time using just one product instead of switching between multiple products. What's even better is that EnozoPRO helps you live sustainably. It lasts for up to 5,000 refills - eliminating the need to buy hundreds of plastic, one-time use bottles of cleaners.

EnozoPRO achieves all this by generating a cleaning solution on demand using just cold tap water. With the pull of the trigger on the spray bottle, AO is created - a non-synthetic, biodegradable cleaner, deodorizer and sanitizer that contains no fragrances or dyes and leaves no residue behind.

We’ve replicated natural ozone generation in the palm of your hand using only tap water and a solid diamond plate.

With ADEPT , water from the reservoir is sent into a chamber where it passes through a solid diamond plate and encounters a direct electrical current. Here a chemical reaction occurs that splits the strong bond that holds the two atoms of ordinary oxygen together and creates free oxygen atoms. These free atoms immediately seek to bond with oxygen molecules, which then forms ozone. The bottle then sprays the ozonated water through the nozzle.

Ozone has been used worldwide for over a century. For all its inherent power, it is perfectly safe when used in proper, low concentrations. The aqueous ozone produced by Enozo is Green Seal® Certified, generally regarded as safe (GRAS) by the FDA and is part of the EPA Establishment.