How To Make Live Rosin - A Premium Solventless Concentrate 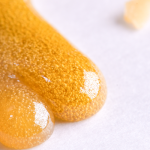 As solventless concentrate becomes more and more sought after, top extractors are asking how to make live rosin. This premium extract is as pure as it gets, and can fetch the highest dollar per gram price point.

Naturally, the process isn’t as easy as standard rosin pressing, though. We’ll walk you through the process step-by-step so you can start making this yourself. But first, we need to cover some basic information.

How To Make Live Rosin - A Premium Solventless Concentrate

Quick Navigation
What is live rosin?
The difference between live rosin and live resin
Is solventless the same thing as solvent-free?
How do you make live rosin?
Step 1) Harvest your plants
Step 2) Begin the agitation process
Choosing a bruteless hash washer
Step 3) Grading your hash
Step 4) Pressing your hash into rosin
Which rosin press should I use?
Additional thoughts on how to make live rosin

As solventless concentrate becomes more and more sought after, top extractors are asking how to make live rosin. This premium extract is as pure as it gets, and can fetch the highest dollar per gram price point.

Naturally, the process isn’t as easy as standard rosin pressing, though. We’ll walk you through the process step-by-step so you can start making this yourself. But first, we need to cover some basic information.

What is live rosin?

The main difference between rosin and live rosin is how the flower is prepared after harvest. When you press standard rosin, you first dry the flower or hash.

On the other hand, live rosin is extracted from fresh or frozen flower that has not been dried or cured.

Fresh flower has higher terpene levels, as they haven’t had time to degrade throughout the drying and curing process. Consumers claim that the reason they prefer live rosin to rosin is the taste.

On top of taste, you can see the difference between the two types of concentrate visually. Live rosin has a much more sugary, opaque look to it. On the other hand, rosin has a creamier, less opaque look it.

The difference between live rosin and live resin

These two types of concentrates sound really similar, with just a one letter difference in their names. And, they look pretty similar too. So what’s the difference?

Live rosin is a solventless concentrate whereas live resin is solvent-free. They are both considered premium concentrates, but the way they are extracted from the plant varies.

Is solventless the same thing as solvent-free?

On the other hand, solvent-free just means a concentrate has had solvents purged from the concentrate after the extraction process. They were used at some point, but were removed after.

And, depending on your state, there may be a residual amount of PPM’s permitted while the product still claims “solvent-free”.

How do you make live rosin?

The process of making live rosin shares some similarities with typical rosin, in that you need to press the flower or hash or kief.

But, there is a lot more to making live rosin- mostly in how you prepare the product to be pressed. We’ll go in-depth into each step now.

The first step to making live rosin is harvesting your plants. Normally, you’d hang up your plants to dry after chopping them down.

But you won’t be doing that when making live rosin. Instead, you simply chop down, de-fan, manicure, and then freeze the buds.

After a deep freeze, fill bubble bags with your product, and place in a bruteless hash washing vessel.

You’ll want to layer your bags, increasing your micron size as you extend out. So, the first bag in the bucket will be 25 micron, the second bag will be 70 micron, followed by 120 micron, etc.

Now, you are ready for your first wash. Place your flower into the bruteless hash washer, and start mixing and stirring.

This process shears off trichome heads and stalks into the water, which is then drained through your bubble bags. This is the actual extraction process, where you remove the active compounds from your flower.

Once you’ve washed your product, you can remove your bags from the washer. In your outermost bag, you’ll find your trichomes.

Extract the wet slurry of trichomes from the bags. Scoop it onto freeze dryer trays, and freeze dry it for 18-24 hours. At this point, we will refer to your product as hash. This process is easier to understand if you can see it in action, so check out this video for a more detailed look:

We have a number of hash washers and bubble bags you can choose from on our site. But, the best hash washer is the PurePressure Bruteless Hash Washing System.

If you are serious about your live rosin production, you can't go wrong with this one. It's 100% FDA Food Grade Compliant, and has a removable false bottom to protect your trichomes from the ice and work bags.

On top of this, it features fill, skim, and drainage ports making it easy to process your hash fast. Furthermore, a cryogenic insulated sleeve reduces ice needs by 50%, while maintaining consistent temperatures of 34 degrees for 90 minutes or more.

Now, you can pull your hash from the freeze dryer and begin inspecting it. As the extractor, its up to you to grade it based on:

Step 4) Pressing your hash into rosin

This is the final step, where we go from hash to live rosin. The actual process of using a rosin press is pretty simple, but there are a few intricacies that will determine whether or not your live rosin lives up to expectations.

You need to make sure you use the right pressing bag, ideally a 36 micron or 72 micron bag. When pressing hash, you don’t need as high of temperatures as when pressing flower. But, you need to press for a bit longer, around 45-90 seconds.

From a pressure standpoint, less is more. Start at as low of pressure as possible, and slowly ramp it up to finish the press. If you're a visual learner, check out this video:

Which rosin press should I use?

Just about any rosin press will get the job done, but PurePressure Rosin Presses are the best of the best. On our list of the top rosin presses, they make multiple appearances! They are the experts on extraction, and their presses are designed to get you the best quality rosin possible.

For smaller-scale production, a simple manual press like the Helix 3 Ton or Helix Pro 5 Ton will get the job done.

If you have higher demands though, you should consider the Pikes Peak or Longs Peak. These two pneumatic presses are capable of producing between 5-8 tons of force, and feature huge rectangular plates!

Additional thoughts on how to make live rosin

If you are looking to make top-shelf concentrates, either for your own use or commercially, live rosin is your best option. It is second to none in terms of taste and is incredibly potent as well.

If you want to learn about live resin, BHO, and other types of extracts, we have an entire article on that as well. You can learn more about the different types of concentrates here, or you can reach out to our experts at 888-815-9763.

The Best THC Potency Testers Of 2020
What To Do With Shake And Trim From Your Harvest
Flower Storage: Your Guide To Harvest Preservation
Increase Flower Density With A Bud Hardener!
Essential Trimming Accessories For Peak Productivity

Have questions about your grow? We're Here To Help!

Our Northern California based experts can help. We're here to make sure you get what you need to maximize your harvest.

or Email an expert