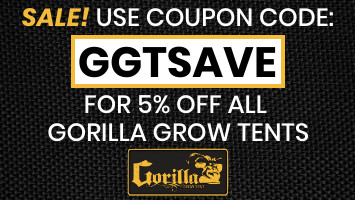 
I had 2 tents and the Gorilla is made much better then the lower priced one by a long shot. 2x2.5 is a bit tight but works good for 1 or 2 plants

Good tent for a few plants


Overall I'm happy with the tent, however I think quality control could be better. Gorilla suggests their tents won't emit light but that's not true. The tent has numerous light leaks, some of which are caused by holes made by the stitching needle. However these areas are errors on the material where it's not stitched, so it's just a series of holes that light leaks through. I'm guessing such pieces should have been discarded ... but instead they used it anyway. I don't worry about the light leaking out or light getting in but clearly such issues should be caught and then corrected during manufacturing.
The tent is nice but I think size wise I should have just went with a 2x4 tent instead... 2x2.5 is pretty tight.