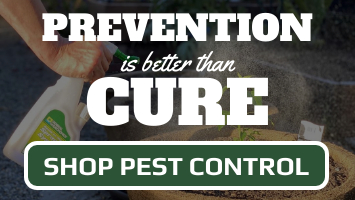 The second mode of action is the sesame oil and soap bark in Guard N Spray. This sticks to and clogs up the insects spiracles, or breathing tubes. As the insect is suffocating, the exoskeleton is simultaneously being dried out from the cinnamon oil. Aphids, spider mites, and broad mites can be seen shriveling up and falling off the plant, dead.

Recommended use rate is 1 to 3 times per day. Guard N Spray is ready to use, no dilution is required.

Guard N Spray can be applied by using a sprayer or an atomizing fogger. The aerosolization of the active ingredients provides a blanket of protection for your plants. The botanical oils in Guard N Spray will become more active when administered in finer droplets.

Guard N Spray is the only natural pesticide that acts by starving, aspirating, and suffocating the pests that attack your plants. Give your plants the most natural form of defense they can have - Guard N Spray.